My night in the tent by the ocean was fantastic, if a little terrifying. Every now and again, a huge booming wave would hit the coast, waking me up with the thought I might be washed away. On closer inspection this afternoon the cliffs are fairly high and pretty sturdy, so tonight I expect I will sleep a little easier. I jumped on my motorbike and braved the early morning rain to visit Ahu Tongariki for sunrise. These 15 statues line up rather like a sporting squad and face inland from their plinth. I chilled out for a while and made a friend (who may have just been in it for the crackers I was sharing).

After that I headed down the coast on my motorbike and sat watching the power of the Pacific Ocean smashing waves into the lava rocks. For the rest of the morning I explored the northern coast, visiting lots of tumble-down Moai and isolated bays. 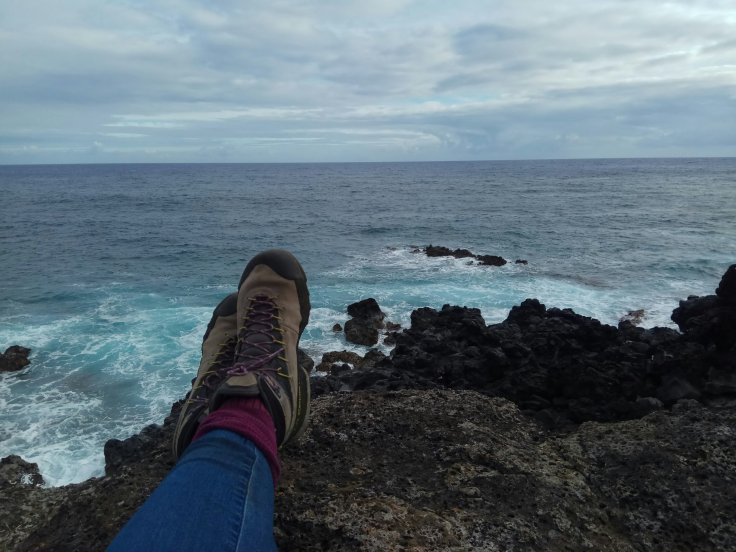 At lunch I met up with an American couple, Nelson and Jill, who I met at the airport on the trip out. The three of us headed out for an afternoon exploring on our motorbikes – my first biker family!!

We visited what is probably the best site on the island – Rano Raraku – where many of the heads were carved and dozens still litter the slopes of the volcano.

We then visited the beach called Anakena. It was a beautiful but bizarre place, complete with Moai and chickens! 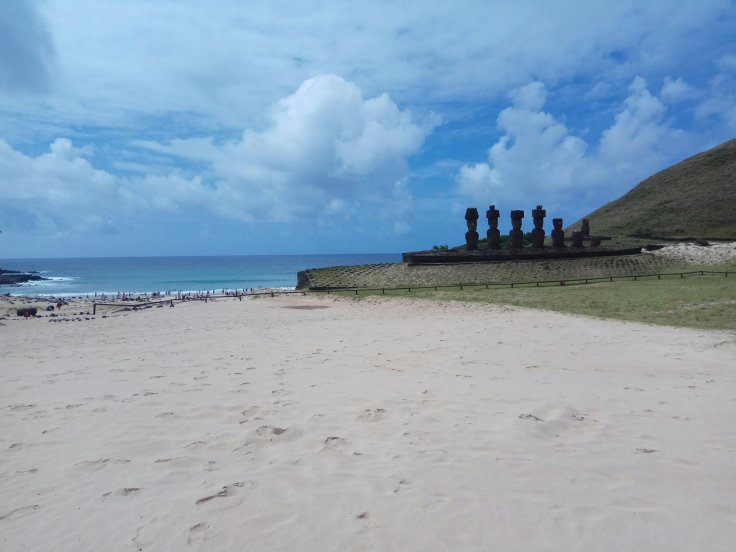 The chickens were super friendly, my favourite kind. After a quick spin around one more Moai site we rode back into town.