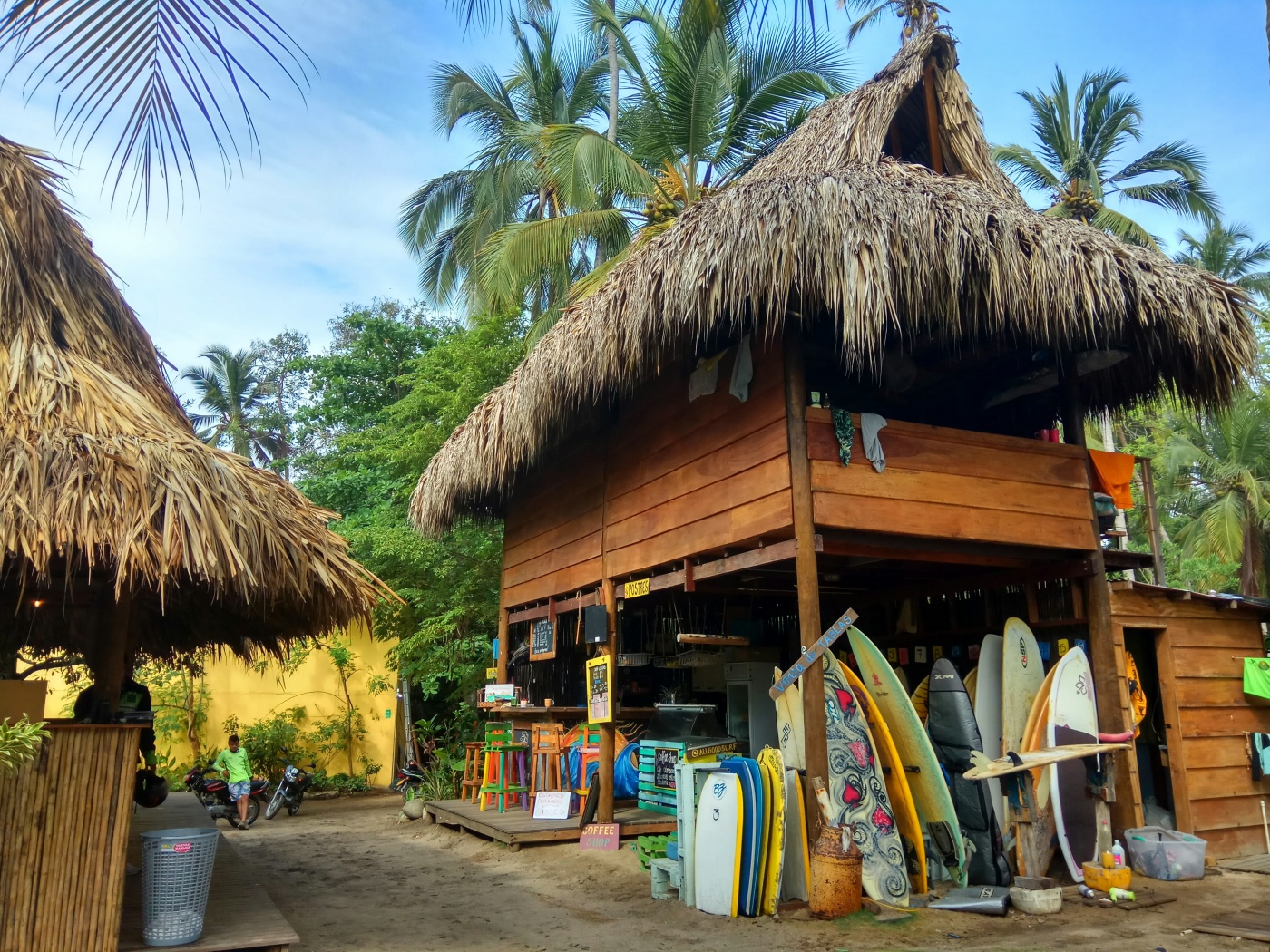 I left Santa Marta with Tom and Lilly and we headed for a night at Costeño Beach Surf Camp. We caught a local bus along the main road past Tayrona and then hopped off at the entrance to Costeño. 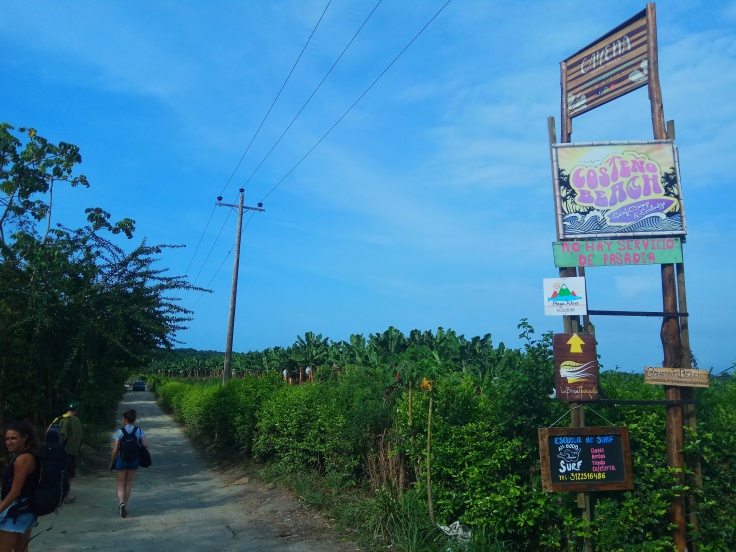 The walk is about 40 minutes down the sandy track but luckily we were able to hitch a ride. 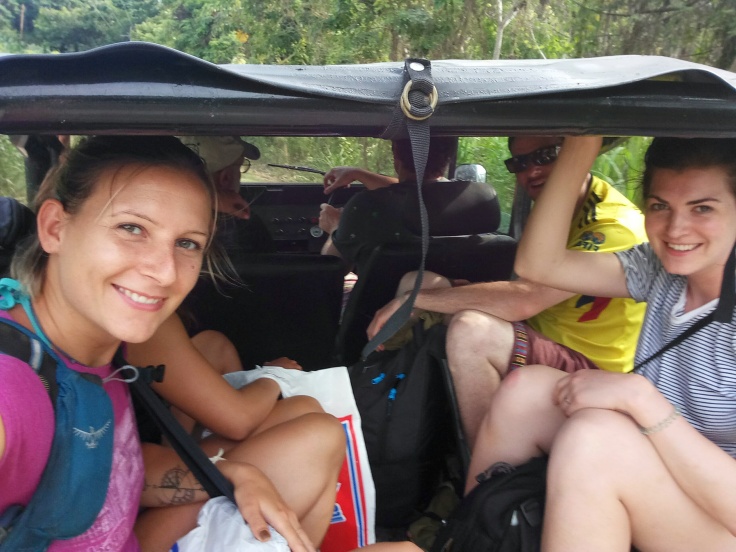 Our plan here was just to relax on the beach. Which is exactly what we did.

The accommodation was cool. We stayed in a dorm room with no walls and 32 beds. But it didn’t seem cramped at all.

The next afternoon we decided to get mototaxis to El Rio, the next hostel along the coast. We paid $13.000COP and were whisked off on a hair-raising ride along the sand trail then along the main road. The hostel is actually set back from the coast and sits along a river.

I didn’t take many photos after this point really! Firstly, it was bucketing down with rain at El Rio and secondly, when I went tubing down the river the next day, I managed to break my finger on the rope swing!!

So anyway. El Rio is a lovely hostel with nice outdoor spaces and a variety of accommodation. There’s a volleyball net and a load of hammocks. The food is excellent and there is a nice bar too. Breakfast is a real treat here.

I went tubing down the river with quite a big group the next morning. We packed up a cooler full of beer and then set off on a 40-minute trek up-river, wading through three times up to our knees. I managed to cut my toe on a rock in the river which sucked as the river didn’t really seem very clean, but hey, it was too late to worry by then!

The tubing was great. Mainly super relaxing, winding our way down a lazy river. There were a few rapid sections and we were roughed up being flung towards the banks but we all survived and very little beer was spilled (a miracle).

We stopped a few times so that some of us could jump off the rocks into the river and also have a go on the Tarzan rope swing. I have no idea how I managed to screw it up this badly but as I put my weight onto the rope, I felt a white flash of pain in my right hand and fell off the swing into the water.

Oops. El Rio was fairly far away from decent healthcare and numerous pharmacists insisted my finger wasn’t broken and kept getting me to take painkillers and antiinflammatories. They also told me to take off the splint I had fashioned with the help of Juliette… thus the extra little bone in my hand now.

After El Rio, quite a group of us visited Palomino, a tropical touristy town further east along the north coast. There is another Dreamer Hostel and this one also has a pool but it’s also only a few minutes from the beach.

Just outside the hostel there are a couple of places to eat (hostel does have a restaurant but we wanted to have lunch elsewhere) and we chose Los 7 Mares (the 7 seas), which was actually still under construction and being completed around us.

I was super keen for ceviche so I was excited to see it on the menu. I had a guanabana and coconut smoothy with it.

Nine of us had decided to stay for two nights as we were going to throw Lilly a birthday party on the beach.

It was an awesome night and we were so lucky to have Andy with us. He is a phenomenally talented musician and he played guitar and sang ALL NIGHT on the beach. We had a campfire and were joined by a nice big group. We were more than twenty for most of the night and at least half a dozen of us stayed up to watch the sun come up over the sea.

I had been for weeks to make it to the far northern tip of the continent and had managed to gather a group of seven for the journey. We had a lazy day by the pool and then headed off on the next morning towards Cabo de la Vela and the desert…