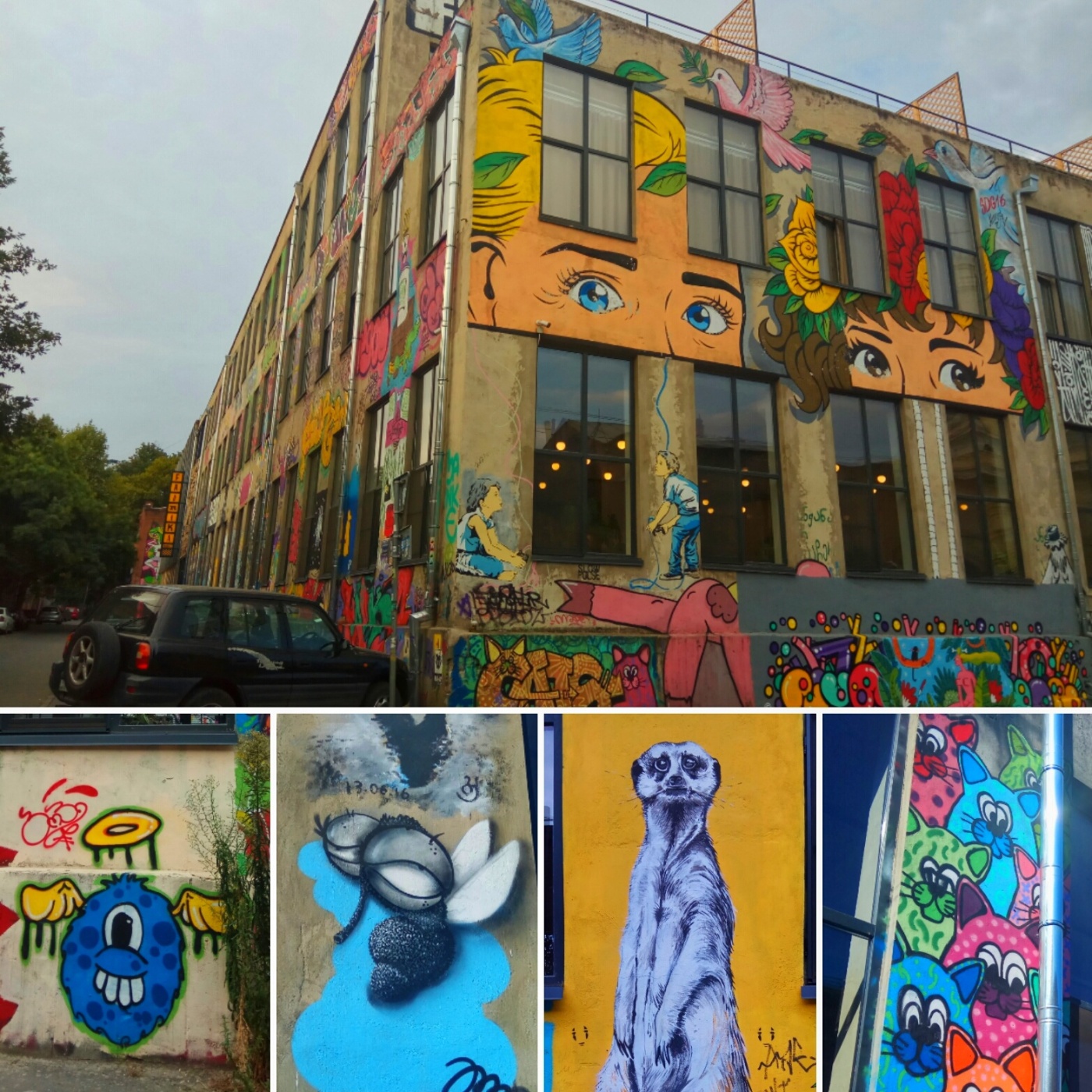 Tbilisi won my affections immediately. We arrived at the central railway station before 7am and my first view from the train window was this underpass. 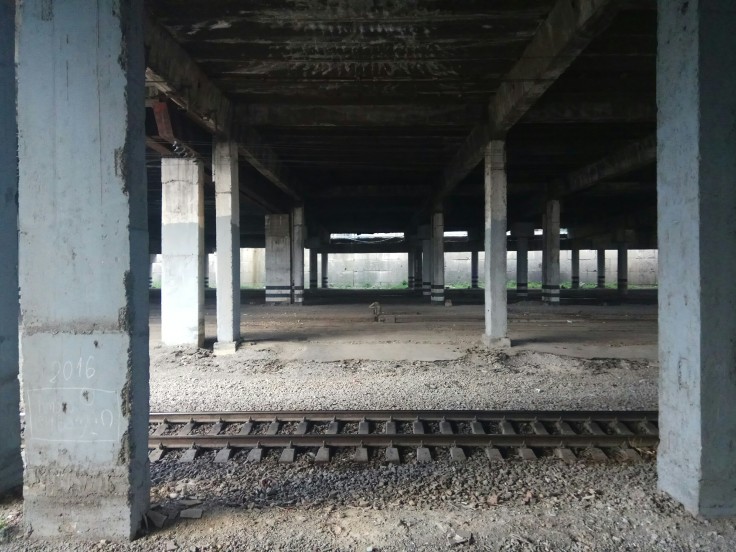 Then we three walked 20 minutes to Fabrika Hostel which I managed to book as we stepped down on to the platform. The beds cost us £8.24 each, which isn’t cheap for Tbilisi but I have heard that this hostel is the place to be and it’s Emma’s last night so why not splash out? 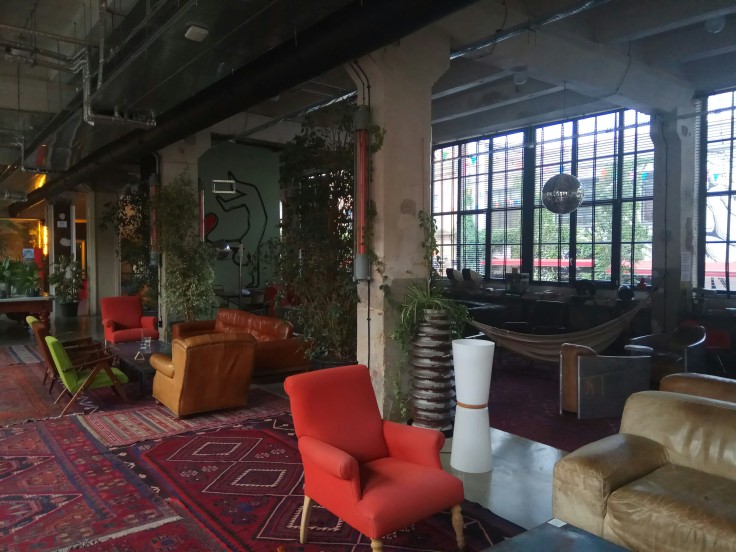 We went on a mission for breakfast as we baulked at paying 19 Lari per person for a buffet breakfast. We ended up paying far more in a restaurant. I don’t regret it as my eggs Benedict was a nice treat. We ate at a very strange cafe/gallery/bar fusion called Dinehall where a small glass of freshly squeezed apple juice will set you back 11 Lari (£3.25!!) but the food was nice and the art was funky. Tbilisi seems expensive so far but it’s not hugely surprising.

We walked to a shopping centre where a guy at the hostel recommended I went for a manicure and pedicure but I hadn’t realised how busy it would be so I managed to book at appointment for 3:30pm. The place is called Podium and it’s nice.

We did a bit of shopping and then walked back to the hostel for a walking tour.

Yana led our Tbilisi Alternative Tour. We met in the Fabrika Hostel reception at 12 noon and Yana began a with very impassioned speech about Tbilisi and Georgia.

She gave us a couple of warnings/explanations which I’ll share.

1. The stray dogs with tags in their ear have been vaccinated and neutered so they are fairly safe to play with. The Georgians feed them and so they are quite friendly.
2. To cross the road safely, make eye contact with the driver and put your hand out to show that you want them to slow down for you to cross, mostly this will work. If you don’t do this then you may never cross.

This tour is the alternative tour, so it doesn’t cover the main city sites across the Mtkvari river. We stayed on the East bank of the river and began the tour in a sector that was built by the Germans, our first stop was at a Lutheran church built for an interesting reason.

A German sect of Christianity believed that Mount Ararat in Armenia was supposed to be the place of the second coming of Christ and some Germans crossed the continent to arrive in time for 1837. When Christ didn’t arrive, the Germans fell back to Lutheranism and they stayed on this bank of the river and did a lot of work to develop the city. There is a still a large German community in Georgia and the Georgians like it because the Germans bring order to the chaos.

The Catholic church was still active during Soviet times and fantastically the priests were KGB agents! So they could take confessions… 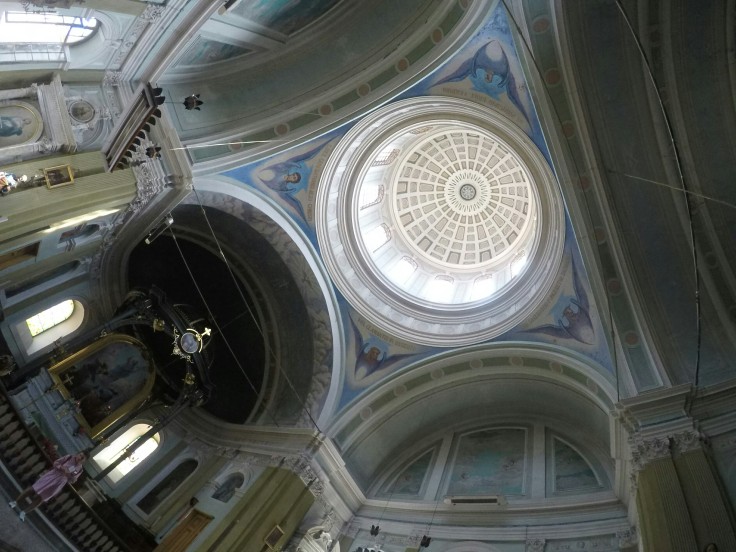 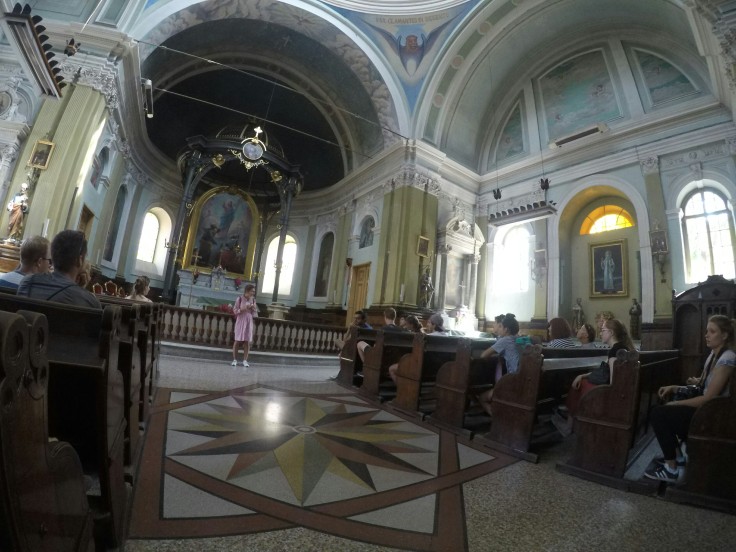 Saint Nino is famous for her grapevine cross, which is the major symbol of the Georgian Orthodox Church. Legend has it that she took a cross made of two grapevines, which she tied with her own hair, to Mtskheta, the birthplace of Christianity in Georgia. The grapevine cross is recognisable by the drooping arms of the cross.

Also in the Russian Orthodox Church of Tbilisi are relics of Alexander Nevsky and Mary Magdalene. Don’t smile in the church – we are praying for all the sins of humanity, it’s no laughing matter.

Here’s an interesting piece of Georgian history: in order to stimulate the population growth in the country, the Patriarch (head of the Georgian Orthodox Church) committed to be the godfather of every third child born into a family. It worked. On 22nd January every year he comes out of his rooms in the trinity church to baptise all the children brought there. Would it work where you are from? 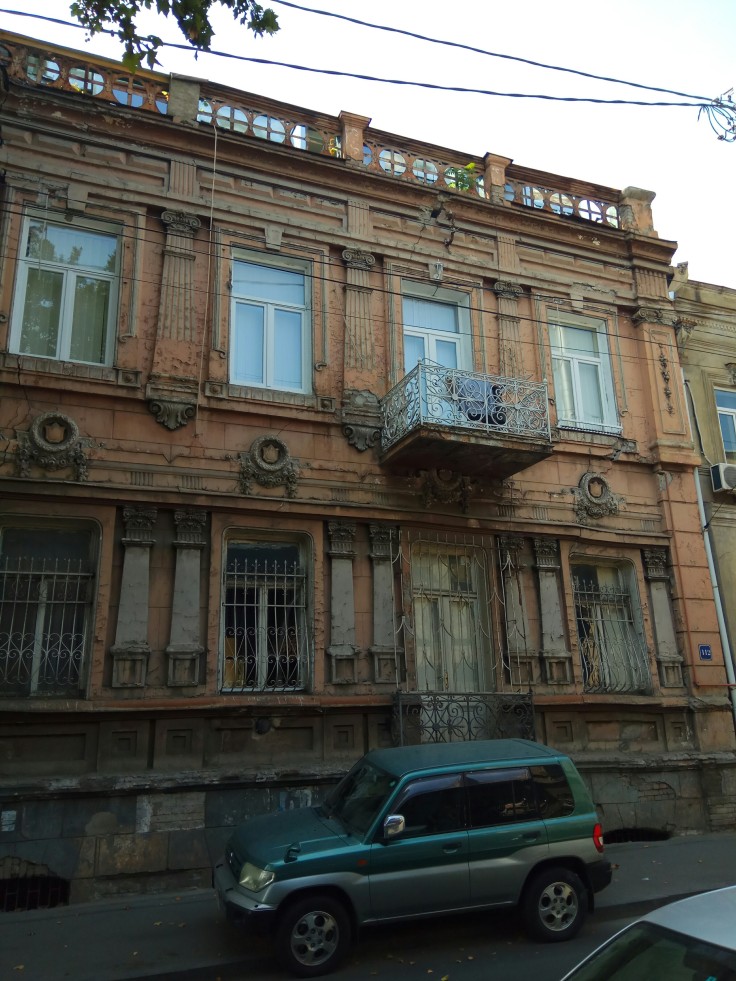 We walked down a quiet residential street and were told to take a photo of a building but we had no idea why. Building 112 used to be a brothel during Soviet times and it’s an interesting controversy because most Georgians would never have admitted to sex even existing! It’s super conservative and there are no sex shops even now because the church was so against it. But in some ways Georgia is really keen to be part of Europe and “move forward” in certain respects. In the countryside you can still find arranged marriages and you can buy a wife in exchange for livestock. Now that Europe is open for Georgians the young people often go away for some years to have their fun and this makes the most popular plastic surgery is the hymenoplasty (to “restore” virginity).

David the Builder and King Tamar

Davit Aghmashenebeli was a Georgian king in the 12th century. He ascended to the throne when he was just 16 years old and is considered to be Georgia’s greatest ruler. He is credited with uniting Georgia to begin the Georgian Golden Age and almost every settlement will have a street bearing his name.

Tamar, the great-granddaughter of David the Builder, was the first woman to rule the country in her own right, and she is called “King” out of respect rather than queen. She is remembered as a great leader and kept the different regions of Georgia together. She cared about education. The famous poet Rustaveli was alive at the same time as Tamara and he wrote epic poems about what happened at the time in a poem called The Knight in the Panther’s Skin. It is a wedding tradition in Georgia to give a newlywed couple a copy of Rustaveli’s poem.

We stopped for some tasty Georgian street food called Punchulas at a tiny window stall. The Georgians take this doughnut-like snack so seriously that there is a sign telling people not to be kissing and cuddling while they wait.

In Stalin’s time metro lines were only built in cities with populations over 1 million. Tbilisi had a much smaller population but nobody could say no to Stalin wanting to build a system in his own country. When Stalin died, work halted and was only continued in secret under the pretense of building bomb shelters as was happening across the rest of the USSR.

Avlabari Metro station smells like sulphur because it is built next to a sulphur spring.

Mosaic business centre has an enormous mosaic across the whole facade. Unusually, it didn’t have any obvious Soviet propaganda so it survives until today. It seems to have lots of wildlife depicted but it’s nicely abstract so you can see whatever you can imagine in it.

We visited an “Italian backyard” which is quite standard in Tbilisi. Staircases run up the inside of all of the buildings around a courtyard and people can stand on their balconies and chat after a long day.

The Georgian police run an anti drink-drive service. If you realise you are too drunk to drive your car home then you can call the police and ask them to collect you! Two officers come in their police car and the squad car will take you home and then the second officer will drive your car home.

We finished the tour in a lovely pedestrianised section of David Aghmashenebeli (David the Builder) Street and I had to dash of fairly quickly to make my 3:30pm mani-pedi appointment – what a treat! 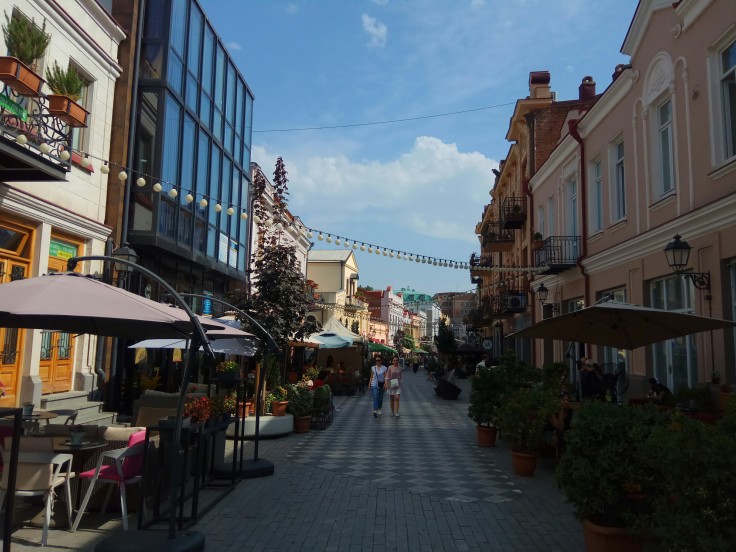